From the 16th century, French vessels began arriving on the coats of Martinique from Europe through the often very choppy Martinique Passage to find a protected place to anchor. They would stop over and restock, before definitively establishing themselves there in 1635. Much further south, stretching from le Diamant to Sainte-Luce, no one would have heard of the Trois-Rivières estate if it hadn’t belonged, underhandedly, to Nicolas Fouquet, Superintendent of Finances for Louis XIV. After he was disgraced in 1661, these lands were confiscated. Historically, Trois-Rivières cove was considered to be unsuitable for dropping anchor, as affirmed by Moreau de Saint-Mery some years later from Port-a Piment. Having remained inactive since its creation in 1660, the estate experienced a renaissance in 1894 and a distillery was created at the beginning of the following century.

In the early 1950’s the Marraud des Grottes family purchased it for production of Rhums Agricoles under the brand name Duquesne until 1972. The group Bellonie et Bourdillon Successeurs (BBS), also owners of La Mauny Rhums, bought it in 2004 and the two Creole column copper stills where relocated to the La Mauny site.

This was precisely when they distilled their first expression, with the following two being 2006 vintages, one at 43% and the other at cask strength. These three non-chill filtered Rhums offered by the cellar master Daniel Baudin are produced in unique casks which lose half of their contents.

Nose: a fairly exuberant fullness in this first attack with pronounced fruitiness: kumquat and ripe mango. The second impression ends with a nice note of rancio.

Taste: notes of papaya and lime mixed with praline and berries. A metallic sensation remains in the mouth.

Finish: leads with angostura, which becomes slightly earthy. Some autumnal notes of undergrowth. The finish never really takes off, however.

Nose: has the humidity of old pontoons and pencil shavings. Notes of dates, ripe sugarcane and gingerbread complete this austere but interesting profile.

Taste: the boldness of pencil lead followed by notes of kumquat, mace and blond tobacco. Sugarcane makes a subtle appearance at the end.

Finish: notes of old rope, angostura bark and liquorice for the finish which is, in all, a bit short.

Nose: having spent eight years in a cask has smoothed its edges but not affected its full-bodiedness. This Rhum presents an aromatic profile with a strong base on quinquina and sugarcane juice.

Taste: fresh and tonic with orange and shiitake mushroom. The toasted element of the barrel comes out afterwards, full but delicate, not at all overpowering.

Finish: confirms the orange before a superb note of turmeric adds yet more aromatic complexity. 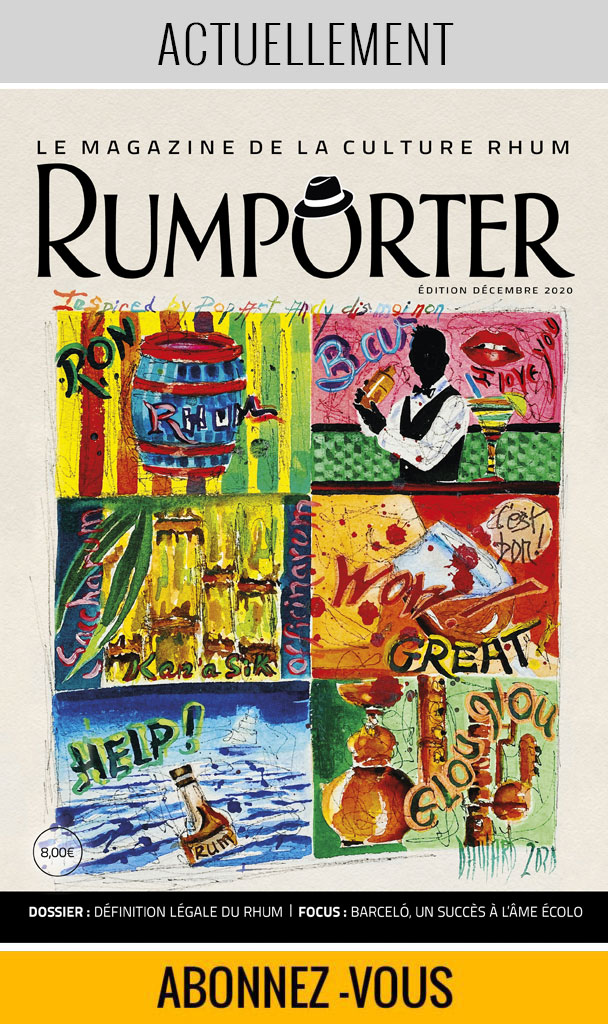