Although the effect of demonitization, declaration of a new dry state and the recent Supreme Court decision to ban liquor shops within 500 meters of national and state highways has been detrimental to the growth of spirits industry in India, according to latest reports, three Indian rum brands have managed to secure spots in the world’s top ten slot. What makes these Indian rums special? Who’s ahead of the volume game. Here’s a report.

According to IWSR top 100 list this year only 6 rum brands made it to the list. One of them is of course the global rum giant Bacardi at number 13 position which has regained its status as the top selling rum.

However, in the dark rum value category, there’s one brand that has taken the market by surprise with its exponential growth. It is Black Fort rum from Som Distilleries portfolio. Priced at around Rs 300 for 75cl bottle, Black Fort has recorded a 81.8% CAGR in 2015-16 FY. This rum is made with sugarcane juice spirit. Though the volume remains still lower than the mentioned brands, the growth is something which may cause trouble for the other declining big volume rum brands.

In terms of market, West Bengal has been the front runner in consumption of rum. However, the two southern states, Andhra Pradesh and Telengana remain the highest alcohol consuming states in India. The total rum market in India is at around 47 million cases at the moment.

Rising consumption of alcohol in India is only a recent phenomenon. Before 1960s the big cities like Mumbai and Delhi didn’t allow alcohol to be served even in five star hotels. Only foreigners were allowed to indulge in their favourite imported tipple where as the Indian drinker had to rely on the Navy canteen supply. Things changed for better in the mid-eighties and since then India has been drinking everything. Mostly Indian Made Foreign Liquor (IMFL) and more recently premium imported wines, beers and spirits. Which has also shuffled the dynamics of growth in the rum category. While the local rum category is declining at -6% CAGR, the imported segment has registered 79.2% CAGR in 2015-16 according to the IWSR report. And intrestingly the white rum and flavoured rum category is growing where as dark rum is on a decline.

Looking at the popularity and demand, here are the top five rums that India is drinking at the moment.

Bacardi with 17.23 million cases in total reclaimed its no 1 place in 2016. In India different variations of Bacardi such as Bacardi Carta Blanca, Reserve and 8 YO are available. Besides these there are also Bacardi Negra, Oro, in the value category and Bacardi Oakheart in the standard imported category which has been doing well in the Indian market. But the Bacardi flavoured rum cateogry has seen strong growth in the last few years. Where as its RTD brand Bacardi Breezer still enjoys the number on position in this category in the market. 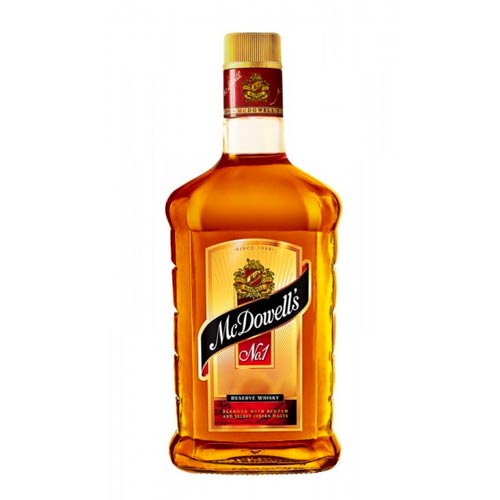 Launched in 1991 with just a hundred thousand cases to start with, Celebration owned by Diageo USL has come a long way. Though it has slipped to second place with 16.1 million cases sales in 2015-16 FY, the dark rum with 42.8% alcohol still remains a popular choice. It is priced at around Rs 320 for 75cl bottle. One of the millionnaire brands from USL’s portfolio, this rum still maintains its hold in the southern market. 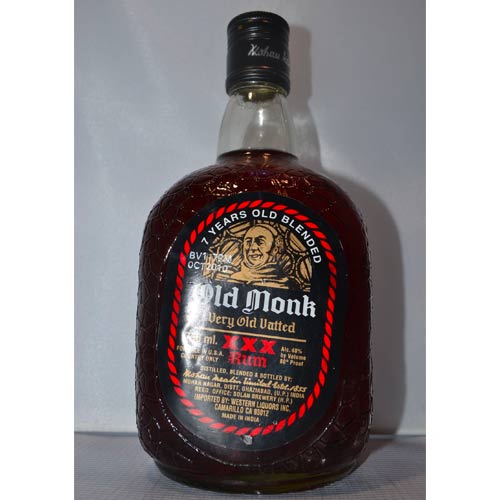 This rum coming from India’s oldest distillery Mohan Meakins enjoys such a great popularity even after years that sometimes the rum drinkers get divided into two, the Old Monk drinkers and others. Although in last few years Old Monk’s volume has been slipping down it still sells 3.8 Million cases.

The Bangalore based spirits company Khodays’ Hercules Dark has been dominant in Karnataka and some other southern markets. In 2015-16 the brand registed sales of 2.4 million cases making it one of the popular value brands in the category. 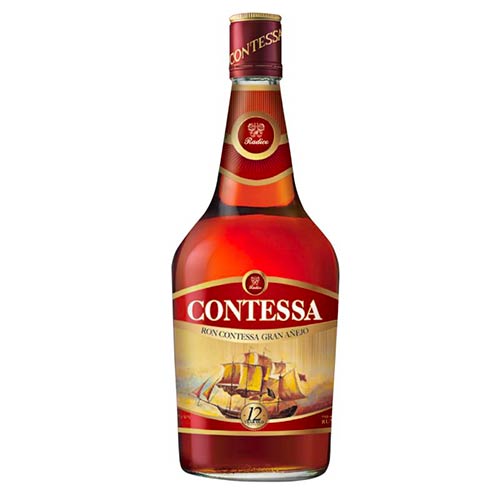 Contessa dark rum produced by one of the most prominent family owned Indian spirits companies Radico Khaitan once was a leading brand in CSD canteen stores. However, over the last few years the sales have been declinging and in 2015-16 the registered volume was 1.98 million cases. Priced at around Rs 300 for 75 cl bottle. 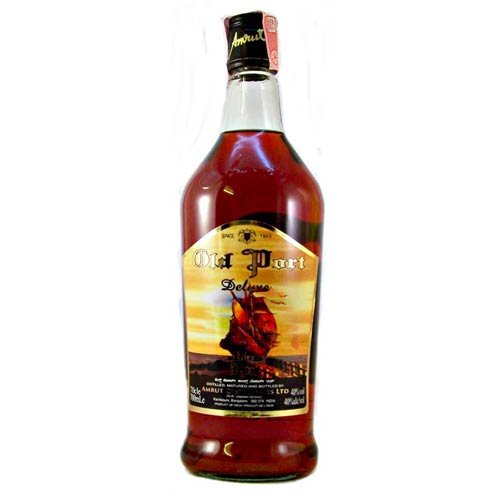 Amrut Distilleries, the producer of the world famous Indian single malts range also has some other interesting spirits in the portfolio. One such brand is the Old Port dark rum in the value segment. The rum produced in its distillery in Bangalore is marketed in mostly southern and eastern India. Old Port registered 1.7 million cases in the year 2015-16.

Few other popular brands in the higher price category are Two Indies by Amrut Distilleries and Captain Morgan Black by Diageo USL.

As like any other spirits category rum is also seeing a significant shift towards the premium segment. India as one of the fastest growing economies in the world with high GDP is also pushing this trend upward. There has also been an upsurge in terms of introduction of premium and super-premium brands in country. Brands such as Ron Zacapa, El Dorado, Mount Gay and Havana Club and more expensive imported Bacardi variants entering the market. 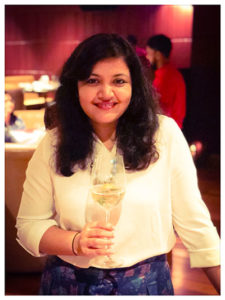 Rojita Tiwari is an established International Beverage writer and expert with over 13 yrs. experience. She is also the founder of Drinks & Destinations, India a platform specializing in wine & spirits, travel and hospitality themed content and curated events. Connect with her on drinksanddestinations@gmail.com or on social media @DrinksandDestinations