When is rum no longer rum? François Longueteau

When is rum no longer rum? To respond to the ritual question of 2016, François Longueteau decided to choose a positive angle and to spin it differently. His responds by saying “this is what rum is for me”.  His take:

My earliest memory of rum dates back to when I was 5, at the beginning of the 90’s, when I lived on the estate 400 metres from the distillery. I must have been playing with my little plastic tractor when the wind brought the sweet perfume of sugarcane juice towards me. I then went to meet my father at the distillery, to taste fresh sugarcane juice for the first time. For me, rum is above all sugarcane, more precisely sugarcane juice, the sugary side of it that you get from the very first crunch of the cane, like a completely natural candy that I could eat without my parents forbidding it. It was a lot later, around ten years later, that I realised that the sugarcane juice that was being ground was used for making rum. I remember walking along with the tourists through the distillery explaining to them how we made this famous sugarcane juice rhum which everyone could drink and taste, and which was poured just a few metres away.

Rum is also a moment for sharing, of conviviality. You’ll understand that it didn’t take long for me to ask for my first drink of punch, obviously under the strict control of my disconcerted mother and under the amused eye of my father, clearly waiting to see me grimace. And I must be clear, at that moment, rum was not my cup of tea… how could such a sweet and fruity juice produce such a strong drink that stung my throat and nostrils?

This is also a characteristic of rum, it becomes tamer! Its young and powerful character can be surprising. In the vat or in a glass, you have to aerate it, take the time necessary to develop its aromas, but we also need some time to prepare ourselves to appreciate such a beverage.

Rum is also the transmission of expertise from generation to generation; I remember my grandfather, who wouldn’t let a day go by without walking across the fields, observing the quality of the crops on the plantations with his keen eye. He would continue his walk down to the distillery to check the juice and distillation, in order to ensure complete continuity between the fields and the distillery.

Later on, rum would accompany my student parties, becoming also a festive moment: pure, in a punch, in a cocktail… but also tasty in crepes and cakes. Finally, it is also offers a moment of relaxation at the end of the day, being aware of the time it has taken us to get to this point. Whilst man may be master of its machinery, only nature can preserve its authenticity.

Ed.: it is true that, in the past, legislation could demand that only a sugarcane-producing country could sell ‘rhum’ but the fall of the colonial empires brought about the gradual end of sugar production and therefore the disappearance of sugarcane fields in the majority of the lesser Antilles, with the exception of the French Antilles where rhum agricole production went side-by-side with sugar production, whilst Trinidad and Puerto Rico, for example, used imported molasses. It is therefore not certain that a child growing up there would know the taste of sugarcane juice and make the link with rum. 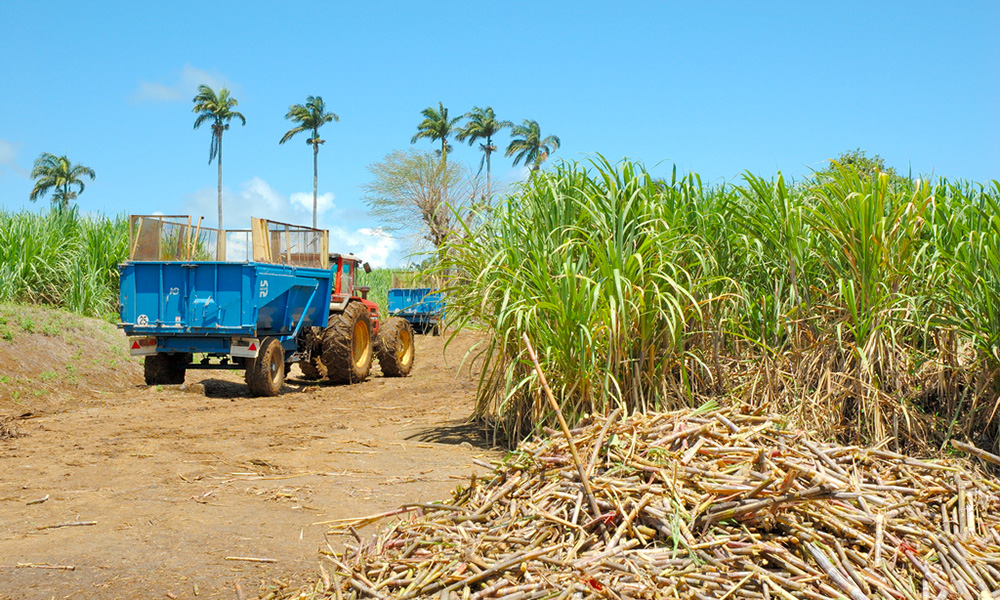