Diplomático, the Venezuelan rum, which hails from the foot of the Andean Mountains and that rocked the world of Spanish rums, needs no introduction. Made from molasses and sugarcane “honey”, Diplomático became an all-around favorite among wine and spirits shops as well as novice amateurs of rum. Today, Destilerias Unidas, its distillery, produces no less than 49 different rum recipes, which must be a record!

The distillery relies on the expertise of maestro ronero Tito Cordero and on its abundant inventory that contains a large variety of rums made using various raw materials (honey or molasses), distillation methods (column stills, pot stills), casks (bourbon, port and sherry) and, naturally, aging.

While Diplomático is extremely well-known, it is always interesting to learn about its production methods, which can be confusing, especially at a time when the brand is introducing two new rums. José Rafael Ballesteros Vargas, nicknamed Josélito, head of Diplomático in Europe, will be our guide.

First of all, DUSA does not use the raw materials (honey or molasses) to distinguish between

its rums, but rather the distillation method (column still, batch kettle or pot stills), or their flavor profile, which can roughly be sorted into three categories: light, intermediate and complex.  The final result is that almost all molasses rums are eventually distillated in column stills while honey rums can be subjected to two different processes to achieve two different flavors. So, to summarize:

We also asked José to clarify the ages of the rums. Even though the age is not written on the labels of the Diplomático bottles, our exchanges with the brand contained references to rums that are “aged for up to six [to] eight years”… Our very first question was whether that referred to the youngest of the rums that form the blend. José clarified, “that is not the age of the youngest rum. Diplomático rums are blended, but like all Venezuelan rums, they are aged for at least two years, in accordance with the regulations for “Ron de Venezuela” (DOC, the controlled denomination of origin). So when we say that a Manutano has been aged for up to 8 years that means that most of the blended rums were aged 8 years, and that there is also a small proportion of rums aged between 2 to 8 years. We apply the same principle to the rums of our Tradition range; Planas is aged “for up to 6 years” and Reserva Exclusiva is aged “for up to 12 years”. Things are different for the Prestige range. The Single Vintage is a rum of a single year, so we can tell precisely how many years it has been aged: 12 years + 1 year of finishing for the vintage currently on sale. For the Ambassador rum, it’s aged for at least 12 years and up to 14 years since there are also two years of finishing.

Finally, the type of casks is also important in the flavor profile of the rum. A very inspired Josélito explained, “When it comes to the casks, all our rums are aged in small white oak casks that were previously used to age bourbon or malt whisky. We do not use new casks. The rums of the Prestige range, Single Vintage and Ambassador, are finished in Spanish cherry casks: Oloroso for SV (one year) and Pedro Ximénez for Ambassador (two years).  The process is called finishing – and not aging – for the years inside Spanish cherry casks because they have a higher capacity (600 liters for the Spanish cherry casks, against 180 liters for the American Oak casks), so Venezuela’s DOC Ron does not classify it as aging.”

It was important to talk about these subjects since Tito Cordero relies on these factors to make his rums, in addition to other criteria. Let’s now look at the two new rums that Diplomático is introducing for this end of the year period. The first one is a new white rum called Diplomático Planas, which replaces the Blanco vintage. It retains the features of the previous rum (a mix of 50% of light and intermediate rums and 50% of complex or 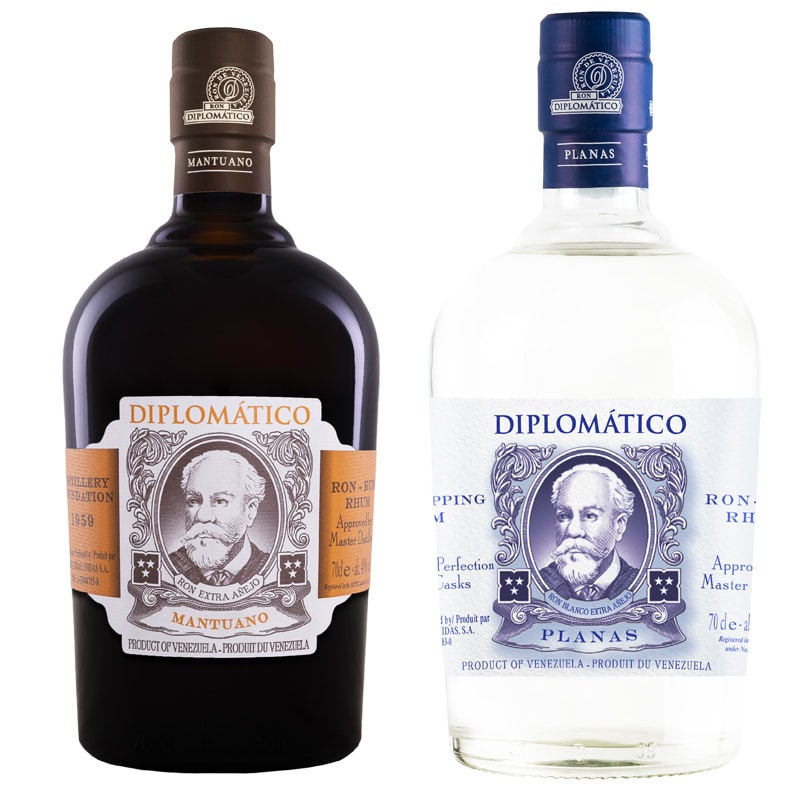 heavy rums, aged for “up to 6 years” and charcoal filtered), but it is targeted to mixologists and sets itself apart with its ABV; at 47%, it is clearly aimed at Tiki drinks, but it is also a genuine gourmet rum with fruity and creamy flavors that provide a perfect base for creating dry or sweet cocktails.

The other new rum is the Diplomático Mantuano, a rum made with a mix of 40% of complex or heavy rums and 60% of light and intermediate rums. It replaces the Reserva (which is a 50-50 mix). It serves to illustrate Diplomático’s expertise in aging: up to 8 years in bourbon and malt casks. It’s a rum with a subtle woody flavor that should appeal to bartenders and enlightened amateurs. 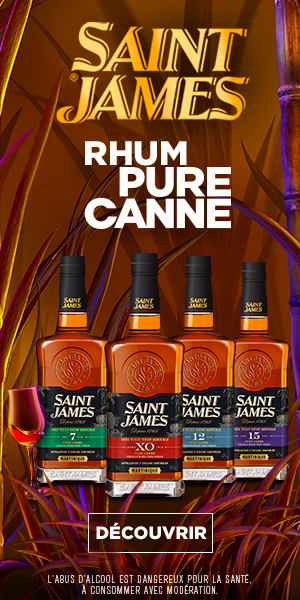