Tasting 2 Plantation Rums – Gems from the world of bars 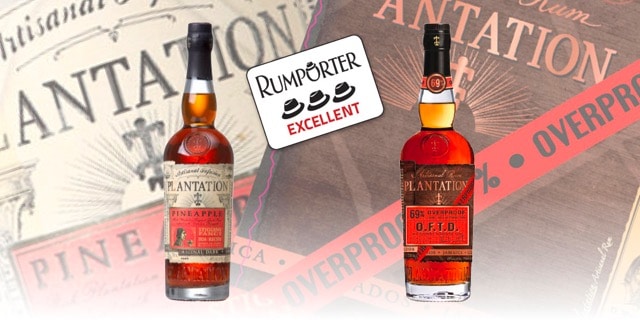 The Plantation range represents Alexandre Gabriel’s search for rhums de terroir from around the world.

From the arch of the Caribbean to the islands of the Indian Ocean, Alexandre Gabriel selects varieties, which respond, through their tradition and authenticity, to the specific qualities of the places they come from. To perfect the process, he has also brought along his cognac expertise in terms of farming. The tannins of the French oak casks offer structure and finesse, and the vintages and single cask varieties then undergo a second aging period at the Château de Bonbonnet. The two expressions being sampled are both gems from the world of bars and cocktails.

The Plantation Pineapple was awarded the prize for Best New Product at the 10th Spirited Awards from Tales of the Cocktail 2016. Produced in collaboration with David Wondrich and based on the famous Stiggins’ Fancy Rum, whose glory days were in the 19th century, each batch is infused with no less than a tonne of Victoria pineapples. Plantation also announced the launch at the end of the year of its new Overproof O.F.T.D. (Old Fashioned Traditional Dark), which we had the chance to taste ahead of its launch date. 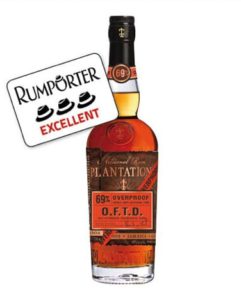 Nose: this reddish, mahogany rum offers a powerful and precise nose with notes of coffee, orange and plum, which complete the dulce de leche and truffle notes.

Taste: expressive, it opens with roasted notes as well as crème caramel, chocolate and vanilla. It is prolonged by cinnamon, raisin, nutmeg, oak and molasses with smoky accents.

Finish: very long, with notes of dark chocolate, clove and caramel. The empty glass once again offers notes of molasses and oak, which add to the complexity with the hint of plum. 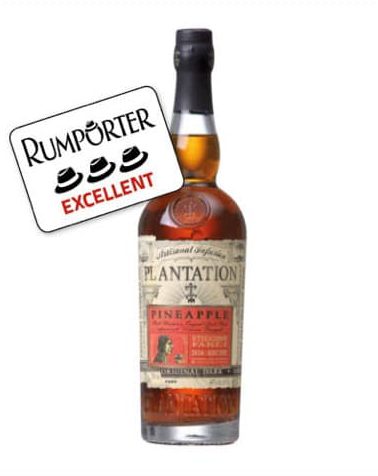 Taste: smooth and oily, lightly metallic, very concentrated, the pineapple comes through even more pleasantly with roasted, almost smoky notes, then honey, with the pleasing presence of apple peel and coffee before the spices come back strongly: pepper, clove, and cinnamon alongside coconut.