After two years of roding, Marseille Rhum Fest is returning with an ambitious program. Meeting with his co-organizer Cyrille Hugon.

Rumporter: After RFP’s success, why did you create RFM?

Cyrille Hugon: Our success in Paris has allowed us to reach a nationwide audience. On social media you can often see people complain and express provincial frustration, in a semi-ironic, semi-literal tone of voice: “In Paris again! When are they going to organise this kind of event in the South…” Do you know what I mean? So, we seized the opportunity and went: “Yes, why not organise a Rhum Fest in the South?” The idea of Marseille immediately sprang to mind as an obvious choice. The city is in the centre of the South, especially in terms of transport. When you’re in Marseille, Lyon is one hour away by train, Montpellier is one hour away, Nice and Cannes are two hours away, Aix-en-Provence is half-an-hour away by car, Barcelona and Genoa three and a half hours away… And Marseille is a historic rum harbour, a natural and cultural place for a tribute to rum. Besides, we love this city and its unique energy. And you know what? Everybody in the industry told us that it was impossible to make anything happen there. When we spoke to Guillaume Ferroni about that project, he felt the same sense of vengeful surprise as we did: “Oh really? Impossible?? All my life I’ve heard people say, ‘can’t do this’ or ‘can’t do that’ in Marseille…” And look at what Guillaume has achieved… So, off we went! 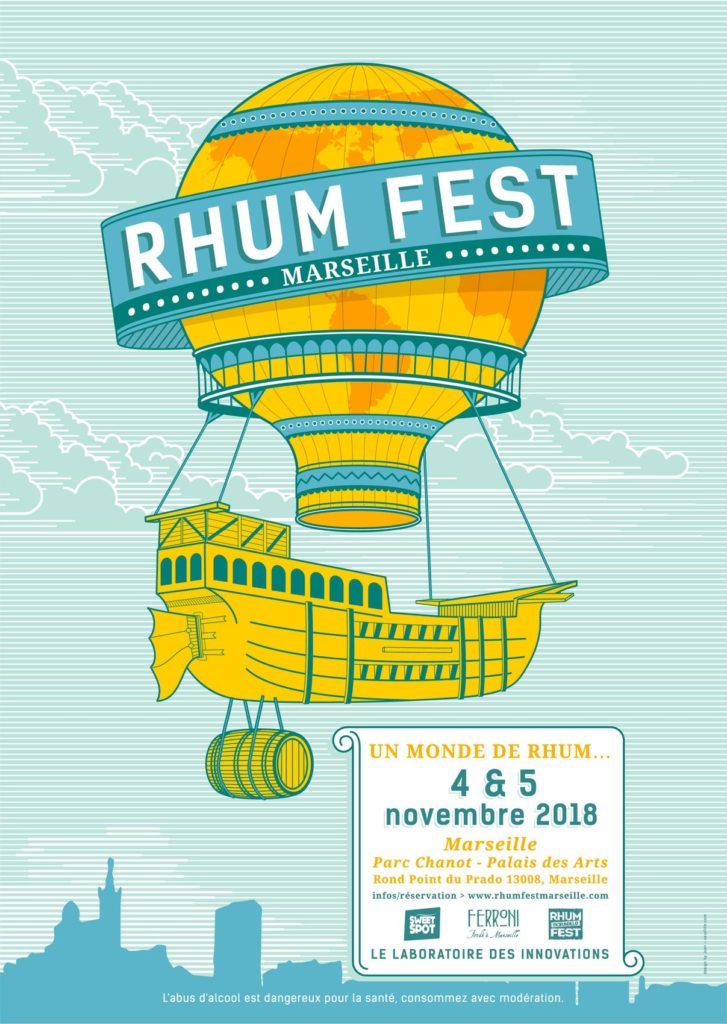 R: What has changed since the first time?

CH: We’ve been using the same venue for three years (Palais des Arts at Parc Chanot) and we’ve been gaining power. We have a team of people who are all from that region, from furniture to catering, to attractions or event management. It’s all sorted. This year, we want to take things to the next level and give this regional event an international status. Recently, we visited quite a few rum trade shows, and Marseille Rhum Fest is far better (in my humble opinion) than many so-called “national” events. This has to do with the incredibly diverse French market…

So, this year, we’re going to try and open the event to the world and, first, to the Mediterranean Sea, featuring bar stars such as Julien Escot (Montpellier), Oriol Elias (Barcelona), or Daniele dalla Pola (Bologna). We would also have loved to work with the people behind Baba Au Rum in Athens, but the show will take place at the same time as the Athens Bar Show. But we’ve made contact, and we’ll do something with them soon. Last but not least, we’ve made contact with David Cordoba, Mr Daiquiri himself, whose contribution won’t go unnoticed…

In terms of producers, I’d love to convince our friends in Genoa, Italy (home from home for rum), to participate as well. The Rossi brothers (Millonario and Nation) are regulars at the event, but Luca, if you can hear me, we’ve rolled out the red carpet for you… 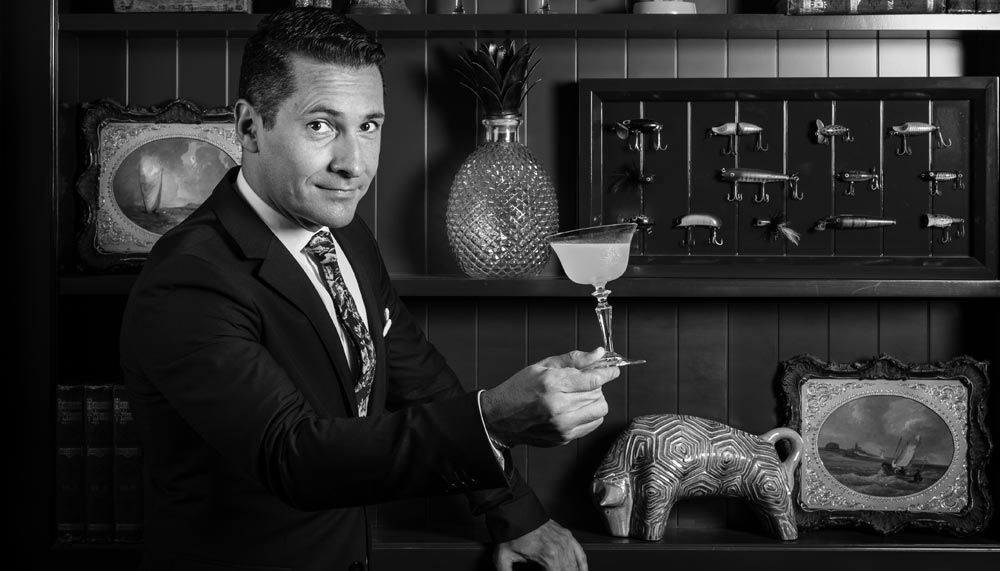 R: You describe RFM as a “laboratory for innovations”. What will these be?

CH: This is the other aspect we’d like to put forward. We came up with the idea during a conversation with Yoshiharu Takeuchi (Nine Leaves) in Miami. This year, he’s going to choose Marseille over Paris because he thinks that, at a smaller trade show, he’s more likely to establish long-lasting relationships with local players, but also with international partners potentially. Marseille is a bit like Spa, one of the participants’ favourite trade shows – friendly and effective. Big shows such as Paris events are musts because they allow rum companies to create better brand awareness to a very large public, especially within the industry and internationally, but smaller events really have a role to play – they allow you to go deeper in terms of meeting the public and your peers and, therefore, putting forward your gems or models…

Through new IT tools, we’re going to try and create a system that will allow participants willing to show their innovative side (new products, models and projects in development) to establish a close relationship with their audience. But I’ll say no more, because the whole thing is in the thinking and planning phase. This is sometimes a long, tedious phase, so there’s a long way to go.

In terms of cocktail attractions, we have Lucas Finateu, who’s become a friend and who’s not just a service provider, but also a partner, or even a driving force… “Turbo Corsica!” Lucas comes up with one idea per minute, constantly thinking about new projects. After getting the top Southern mixologists to participate, this year he’s onto a new thing based on Provençal herbalism, which we can’t wait to discover. 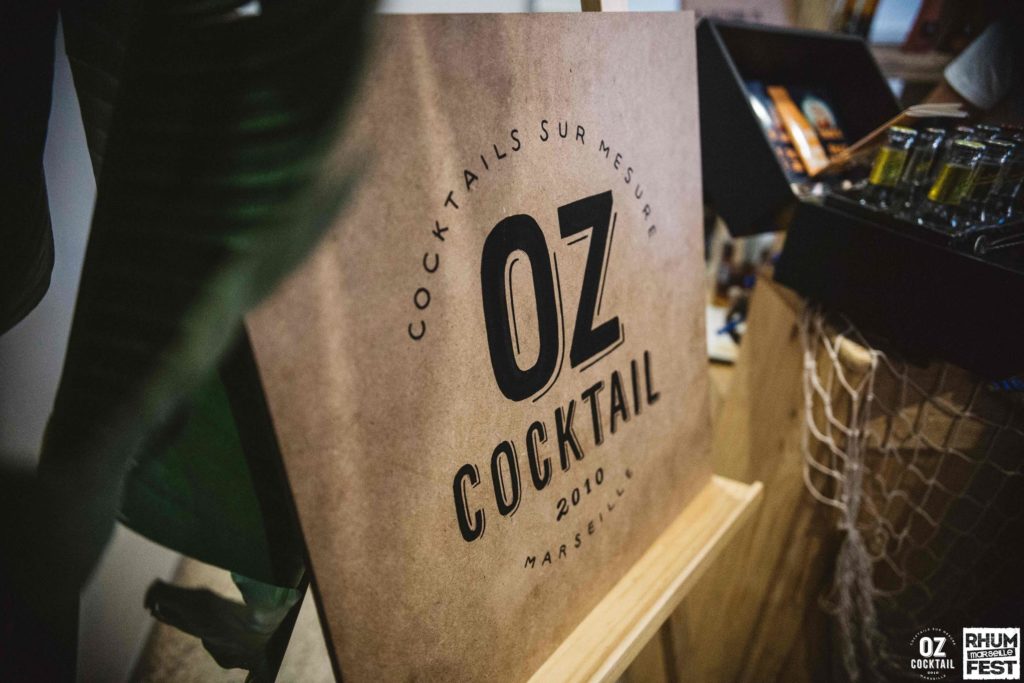 R: How many brands will participate?

CH: About fifty, as usual, and, as usual, we’ll be honoured to have, behind the stands, brand owners or founders such as Yoshiharu Takeuchi (Nine Leaves), Florent Beuchet (Compagnie des Indes), Chantal Comte (Château des Tuileries), Guillaume Ferroni (of course), Cat Arnold (Toucan), Thibault de la Fournière (presenting a new rum), Yves Assier de Pompignan (A1710), Daniele Dalla Pola (Alamea), Stephen Martin (for the new Saint James bitters), Rémi Angles (the local hero, together with Manikou), Clémentine, a Grand Ambassadress for Damoiseau, a company that will come to Marseille for the first time, despite the allure of the Route du Rhum in Saint Malo… and many more, in particular local producers of infused rums… At last, in terms of agricultural rum, we’ll have quite a nice line-up.

R: How many visitors are you expecting this year?

CH: In 2016, Marseille Rhum Fest recorded 750 private individuals and 500 professionals; in 2017, 900 private individuals and 800 professionals. We were a bit disappointed in attendances, with figures that fell short of our expectations, although we attracted high-quality attendees. The South is a tricky region to work with – you’re always competing with the nice weather which, even in the autumn, encourages people to go to the countryside… But we were very, very pleasantly surprised by the response from the hospitality industry, with attendance figures that almost doubled in a year… In the South, rum is still a seller’s market, with a lot of curiosity among barmen, off-licence owners and restaurant owners, and a general public that is slowly but surely becoming more educated. If I were a brand, I’d persist because there are market shares to gain there… This year, we aim at attracting 1500 private individuals and 1000 professionals. 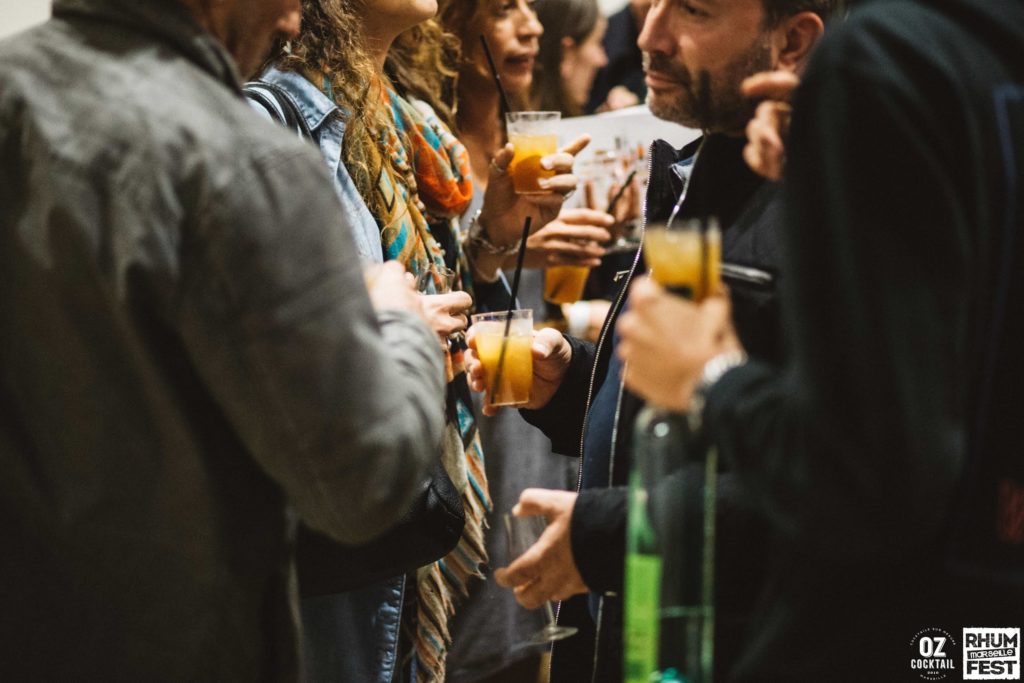 R: Can you tell us a little more about RFM’s attractions?

CH: Lucas is preparing a cocktail attraction based on Provençal herbalism in partnership with Le Parfum in Montpellier, Carry Nation in Marseille and Père Blaize, the famous herbalist’s shop in Marseille – the standard will be very high. Besides, he’ll do the Cocktail School Box again (partner to be confirmed), to be in the spirit of the times: people want to actively participate nowadays. Finally, we’re developing a classic master class programme including tasting lessons and a lot of education focusing on rum, because there’s a need to create a real rum culture in the South.

R: A last word to encourage visitors to show up?