Maison Ferrand has raised the bar higher for the 3rd edition of its Extrême series, releasing two Jamaican rums distilled in 1996 using a John Dore pot still at the Long Pond distillery. 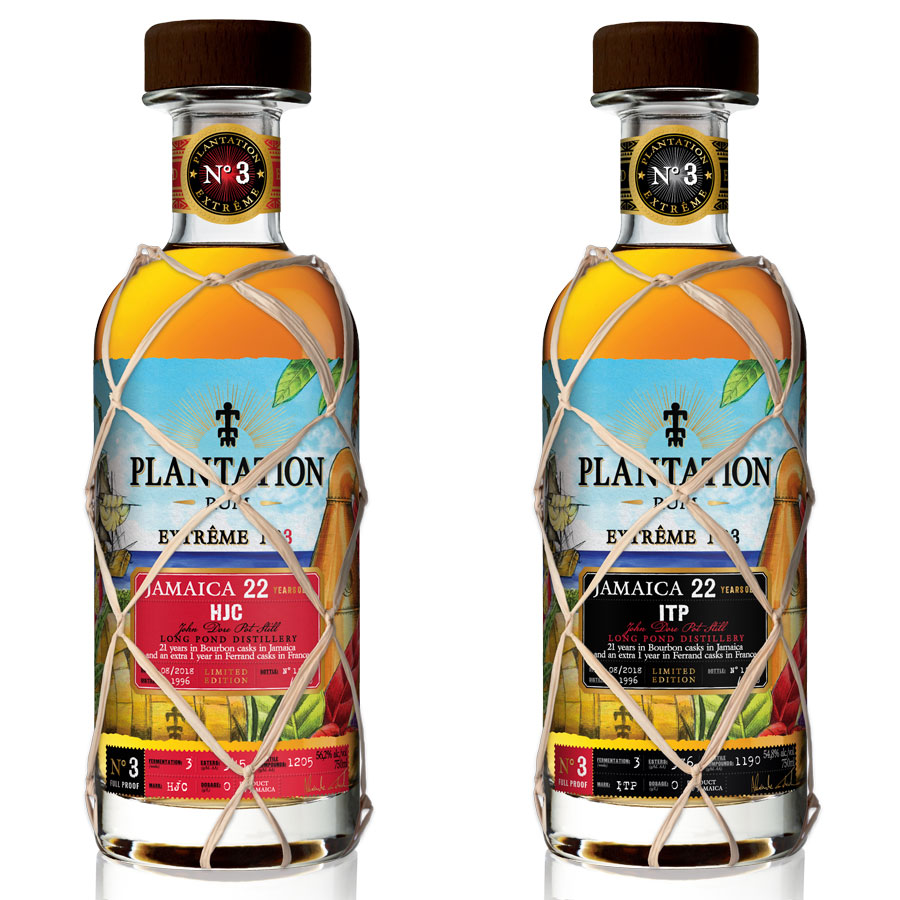 Because of their old age, both are on a strict diet, so they are “no-dosage”. According to the figures mentioned in their profiles, these 2 rums look similar, but have different marks: ITP and HJC. For your reference, “marks” are criteria indicating ester levels in rums (expressed as grams per hectolitre of pure alcohol, g/hlpa).

Each distillery has its own mark and Jamaican rum enthusiasts have necessarily already come across some of them. What about a sticker album for collecting mark labels? There are tens of them…

Judging by the above and our tables, generously provided by the team at Maison Ferrand, it would appear that the blue one is lighter and the red one richer. But, because there is a ‘but’… analyses carried out on similar bottles having aged just as long reveal that in fact ester levels approximate 400 g/hl because of concentration and enrichment during the ageing process. One more thing… Both of them spent 21 years in bourbon casks, ageing first in Jamaica and then, for one year, in France, at Maison…

The Ferrand touch, which connoisseurs are familiar with. Released on 1 October, each Plantation Extrême is a limited edition of a little over 2000 bottles. We’ve had the privilege of tasting them, and they are truly great vintages, ideally savoured in very wide glasses to get the full benefit of their exceptional aromatic range  (Burgundy wine glasses, for example).