Doesn’t Steve Remsberg look a little like “Doc” in Back to the Future? Let’s present The Collector in 3 steps:

Steve Remsberg, one of the main rum collectors in the world, still has a few bottles of his favourite rum, an old Jamaican rum dating back to 1972. Now, he’s a wealthy American, so he wants to clone his dog (I mean) his rum! So he talks to Alexandre Gabriel after a Masterclass given by the latter at Tales of the Cocktail. And he gives him one of his last flasks, entrusting him with the task of duplicating this Jamaican nectar. 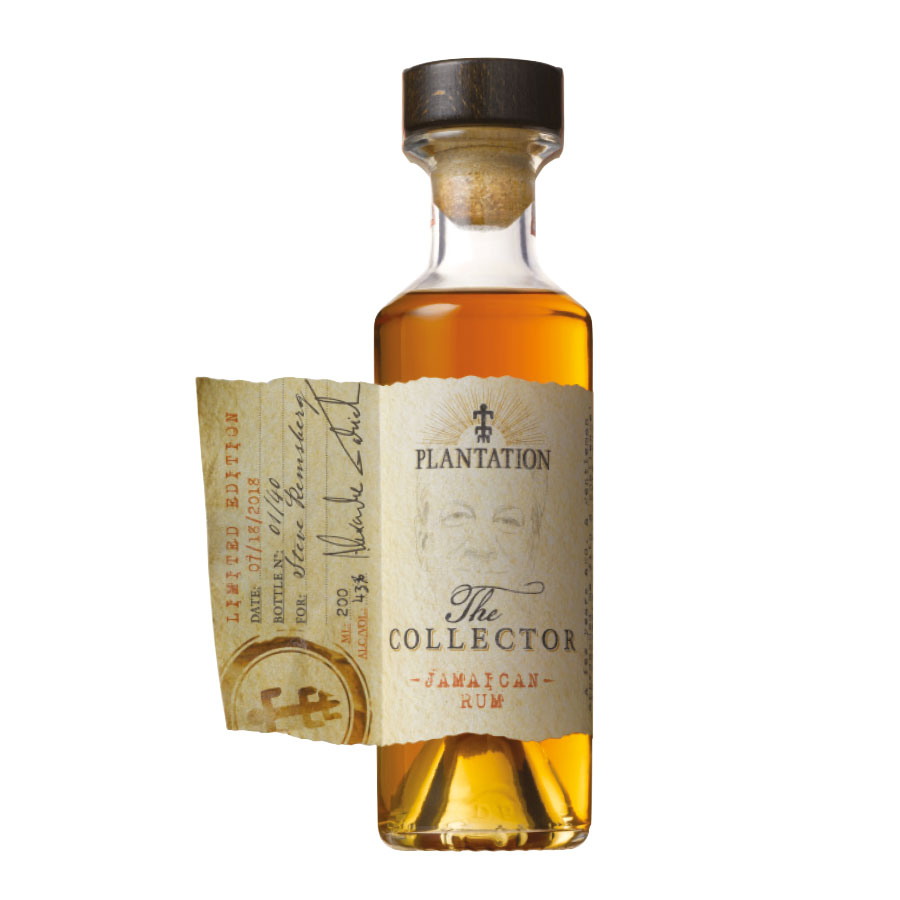 What happened next is well known… but I’ll gladly tell you the story anyway! A. Gabriel recreates the liquid gold with old Long Pond rums and makes Steve taste it: “Finally!”, Steve cries in delight, “the taste and soul I’ve been looking for since 1972!”

999 flasks (we’d have preferred 888 flasks, Asian style!) with Steve Remsberg’s face on the label. All proceeds from the sale of The Collector will go to the new Ferrand Plantation Foundation.
To create The Collector, the angel Gabriel assembled Long Pond rums distilled in 1996 (marque: ITP) and 2000 (marques: ITP and CRV). The blend was aged for 17 ans in Bourbon casks and 1 more year in Ferrand casks in France. The Collector features: Esters at 237 gr/hL AA and Dosage at 0 gr/L. Expect the rum sometime in early 2019.