Following the launch of Don Q’s newest rum, Oak Barrel Spiced, we took a moment to speak with the brand’s Global Ambassador, Alexx Mouzouris. Find out a little bit more about this industry superstar as well as Don Q’s introduction of a more sophisticated spiced rum option.

Rumporter: The Don Q websites reminds people to “Never Forget Where You Came From” So, where do you come from and what’s your background in cocktails and spirits?

AM: I grew up in North London trying to make it as a musician and worked in an old Irish pub at 16 to 17 years old, pouring beer and cleaning the keg room for extra money. At 18 I landed a job working as a cocktail bartender in a casino in central London….I had no idea what I was doing at the time but I studied, learned from fellow colleagues, and progressed to working in numerous high end bars throughout London.

Rumporter: What drew you to mixology?

AM: I was originally drawn to professional bartending through a love of creativity. I’m obviously quite fond of a drink or two also.
Rumporter: Rum is integral to tiki culture.  As an ambassador for a rum brand, what does tiki mean to you?

AM: After spending years working in many different styles of bars in London, (gin or whiskey focused, hotel bars, etc.) the Rum/Tiki culture was the section of the industry that spoke to me the most. Tiki is its own separate entity in the drinks world. At its core, ANY drinking establishment is really selling the guests escapism and sanctuary from the haunts of modern life. Tiki Bars take this to a different level by offering a guest a taste of what most people think about when life gets in the way. Relaxing in a tropical environment with a mixed drink!

Rumporter: Don Q is proud of their sustainable practices.  Tell us a bit about that.

AM: Absolutely, at Destileria Serralles in Ponce, Puerto Rico (where Don Q is crafted), it is of the upmost importance to us that we remain environmentally responsible in our spirit production. Roberto Serralles our 6th generation rum maker has a Phd in Environmental Sciences, and since 2004 he has implemented numerous techniques at the distillery that have lowered the carbon emissions and waste from spirit production quite substantial. A large percentage of spirit producers have a problem with their wastewater which is full of bio-organic material. Instead of dumping it into the ocean (like some others) we have a highly complicated system that extracts 98% of that material which we reuse for compost and even extract our on biofuel. Our distillery is now 3/4 solar powered and we have reduced the amount of oil consumption used at the distillery by more than half. For more detailed information on our sustainable practices I implore the readers to check out our website at www.donq.com

AM: This year the rum world seems to have been split apart with regards to different companies’ feelings towards rums that add sugar/spirit caramel and rums that stay true and don’t add anything artificial to their product. I would say that is the biggest windmill at the moment as we sit firmly in the side of no additives.

Rumporter: Rum is often divided into one of three “styles” between Anglo, Spanish or French.  Does Don Q fall anywhere in that breakdown?

AM: Yes, Don Q is in fact the greatest example of true light style Spanish rum.

Rumporter: You have a special affinity for the piña colada. Tell us a little about that.

AM: The original Piña Colada was created in 1954 at the Royal Caribe Hilton Hotel by Mr Ramon ‘Monchito’ Marrero Perez using Don Q Gold Rum. The chef at the hotel in 1954 ordered coconut milk as an ingredient in one of his dishes. Coconut cream was delivered instead and the chef had no use for it. Ramon was handed the Coconut cream, which he mixed with fresh pineapple juice and Don Q gold to create arguably one of the most well-known cocktails in the world. Don Q owns a hand signed document from Ramon himself stating that he used our rum in the original creation of the drink; A fact that we’re very proud of.

Rumporter: When you invite people to your place, how do you serve Don Q?

AM: Currently I enjoy serving either the Don Q Single Barrel 2005 as a Sazerac or a great Recipe from Paris’ own Joe Boley of Red House, known as La Perla del Sur, which consists of equal parts Don Q Cristal, fresh lime juice, velvet falernum, and homemade raspberry liquor. An instant classic!

Rumporter: What does the future hold for DonQ?

AM: We will continue to bring the best Spanish style rum along with education, drive, and a passion for responsible rum production along with two new Rums to be launched next year 😉

Rumporter: I believe one of those new rums will be a spiced rum. Can you tell us what sets it apart from the others already on the market?

AM: Don Q Oak Barrel Spiced has been created as an answer to the nefarious qualities of some of the other spiced rums on the market. The juice itself is a blend of 3-6 year old rum infused with REAL cinnamon, vanilla, nutmeg, tamarind, and passion fruit pulp. There are NO artificial sweeteners, artificial spices or questionable ingredients. At 45%ABV the rum has a fantastic body with a light vanilla sweetness on the entry. Cinnamon and nutmeg to follow with a chewy tamarind characteristic sitting on the tongue before the slight acidity of the passion fruit creates a clean, fruity, and pleasant finish. Another perfect example of how real rum is made from Destileria Serralles. There is truly nothing like it. 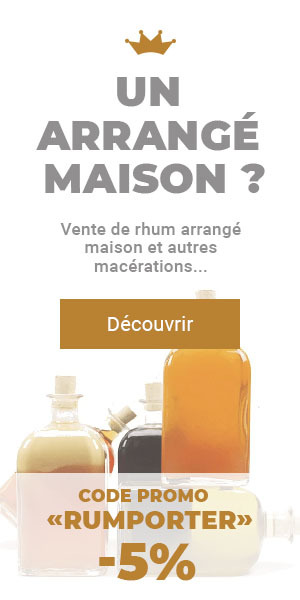