Despite coming from the smallest distillery in Martinique, J.M, rhums are certainly amongst the most reputed and probably the favourite vieux rhums of Martinique. The explanation is quite simple: it is a truly exemplary model of the production of Rhum Agricole in the French Antilles! A sole property of 300ha, a distillery within the estate, three owners in over two centuries and production methods which have been unchanged for decades: these four basic elements explain how J.M rhums constitute the quintessence of rhum…and a fifth element thought up by the ancient philosophers. Is there something esoteric about this combination that could explain the astonishing richness of the resulting rhums? Who knows? But what is certain is that tasting them invites the imagination to wander.

Nothing so mysterious, however, in the initials of the distillery: these belong to Jean-Marie Martin. Born in Haute-Garonne in 1799, he moved to Martinique and once there acquired a plantation on the island, called the Fonds-Préville, in 1845, where he set up a distillery. In order to distinguish the casks that he made and sent to be sold in Saint-Pierre, the island’s capital, Jean-Marie Martin engraved his initials in them. The Fonds-Préville dates back to 1790 when it became the property of Antoine Leroux-Préville. It is located in the north of the island, on the other side of Mount Pelée in the Macouba commune.

Coincidentally, this is the same commune in which the Father Labat had his ministry from 1694 to 1696. This name is well known to rum connoisseurs; Labat is said to have played a definitive role in the development of distillation in Martinique. It has perhaps been exaggerated a bit, even if the Dominican monk did have a big impact on his time. As a botanist, explorer, soldier, engineer, writer, designer… Father Labat played an important role in the improvement of distillation techniques of the sugarcane spirit, which up until then employed rather rudimentary practices that produced eau-de-vies of poor quality.

In 1914, Gustave Crassous de Médeuil bought the Fonds-Préville but kept the distillery and the J.M brand, which already had a good reputation. He was the owner of a sugar refinery in the same commune; Habitation Bellevue. Today, his ancestors manage the entire property, including 150 cultivated hectares. This is comprised of sugarcane fields, of course, but also banana fields and a few pineapple fields. This is a great example of agricultural diversification, particularly as the three crops are regularly rotated, which maintains the good soil quality.

Four varieties of sugarcane are grown on the Habitation Bellevue, three of which originate in Barbados and one in Réunion, and all of which are officially recognised for producing rhum with registered designation of origin (AOC). Harvest begins quite late, around March 15, finishing by the end of June at the latest because April and May are the months when the sugarcanes are richest in sucrose. This is very important once you know the importance of the dryness of the sugarcane and the unique land in Macouba with its fields that are extremely exposed to the humid winds of the Atlantic. Nowadays this harvest is mechanised and does not involve burning. And above all, there must be less than an hour between cutting the sugarcane and passing it through one of the three mills at the distillery, located practically in the centre of the estate. This produces a really fresh juice at the height of its aromatic potential. It is immediately directed to the fermentation tanks, a stage which lasts between 36 and 48 hours. Without a moment to spare, it is then time for distillation, carried out in a double column creole copper still. A type of white spirit is extracted from it, measuring between 65% and 75% alcohol, in line with the rules for registered designation of origin (AOC). Another sign of simplicity, but also of quality: for all operations the distillery uses water from Mount Pelée, which is rare in Martinique. Without entering oak casks, the spirt will still have to spend nine months in stainless steel tanks to develop and be able to qualify as white rhum, bottled at 50% or 55%, after reduction. There is nothing revolutionary about the process, that’s for sure, just a set of artisanal methods that have been tried and tested over decades.

Part of this ‘eau-de-vie’ is however transferred into small charred oak casks for prolonged aging. It must not be forgotten that Martinique is influenced by a hot and humid tropical climate. As a direct consequence, the aging process is two or three times quicker than in mainland France. But, at J.M, it is believed that a very long aging process is still necessary in order to achieve superior quality. Also, in order to compensate for the 8% lost each year to evaporation – the “angels” of the Antilles are particularly greedy – a process of ullage is regularly performed. In other words, each year, a quantity of the spirit from the same year is added to each cask. It is a long and tedious process, but there are some things that simply can’t be rushed…

The current range of J.M rhums includes a rhum that is barrel-aged for 12 months at 50%, a 3 year VO and a 4 year VSOP, both at 43%, and an XO aged for a minimum of 6 years at 45%. But the most popular product is without a doubt the 10 year vintage. It is a proper Brut de Fut, so not reduced and is a vintage (2002, 2001…) to top it off! Other varieties are more rare, such as the 15 year at 44.8% (the vintage currently available is the 1995), the Cuvée du Fondateur and the Cuvée Prestige, both presented in their original bottles. It should be noted that all of these mentioned here have won various national and international awards, but there are so many of them it would be monotonous to name them all here!

Having remained the same for so long, the presentation of the J.M range underwent some updating nearly three years ago – but nothing too revolutionary. The bottles kept their original, generous shape, and the main design of the label was also preserved. This label is emblematic in its representation of the buildings of the distillery on the edge of a bay where a ship appears to be waiting for a load of casks. It was designed in 1984 by Mrs Chantal Duchamps de Chastaigné, whose son Hubert currently manages the business. However, the label is now split in two, the lower part serving to inform the consumer of its contents: name within the range, ABV, and AOC status. And, to highlight the importance of the family heritage, the Crassous de Médeuil coat of arms was engraved directly into the glass. The colour of the label varies depending on the variety: red for a VO, yellow gold for a VSOP, silvery grey for an XO, glazed chestnut for a vintage, leather for the 15 year. What better way to reaffirm the durability of a brand that has already stood the test of time? 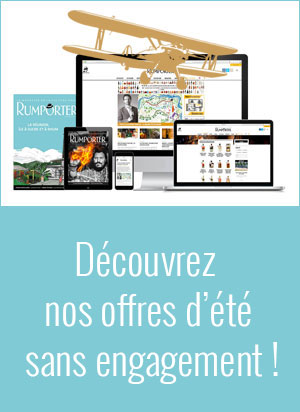